If you haven’t tried smoked tea, you’re really missing out (who doesn’t love a smokin’ hot-tea??) We adore the campfire aroma and rich, velvety texture of this brew. While it can be an acquired taste, it’s not a bitter tasting tea. The flavour is sweeter than you’d expect and the smoke brings out some of the natural sweetness in the tea leaf. Whisky drinkers in particular tend to love this tea and it’s strong enough in flavour to take with milk and sugar if desired.

What is smoked tea?

Smoked tea is quite literally, tea that has been smoked over a fire. The most popular varieties are Lapsang Souchong, a pure smoked tea and Russian Caravan, a blend of smoked tea, black tea and Oolong. Both blends take their names from their stories of origin. You could say these teas are happy accidents…

A smoked tea with the aroma of campfire smoke. The earthy flavours and smoky layers bring out a natural sweetness in the tea leaves for a beautifully balanced brew. 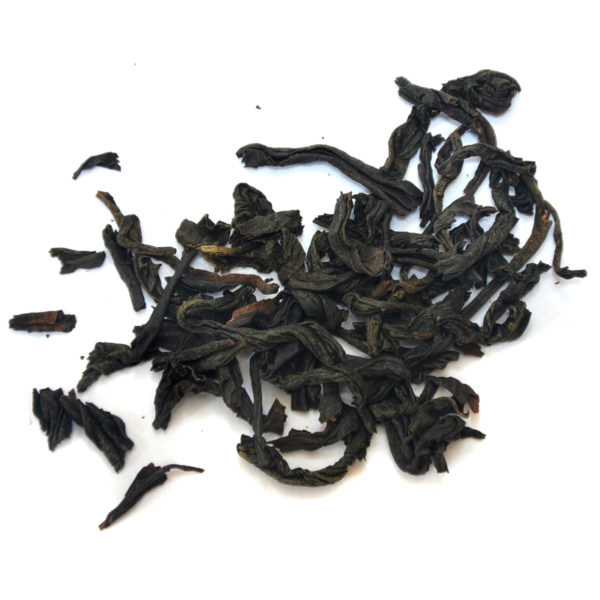 Lapsang Souchong tea, (or ‘Zheng Shan Xiao Zhong’ if you’re a true tea connoisseur!) takes its roots in Mount Wuyi, in the Fujian Province of China. The story goes that during violent upheavals under the reign of Emperor Shunzhi, the villagers of the Fujian Province hid their tea from soldiers. In order to prevent the tea from rotting, farmers tried to quickly dry the leaves over a fire. To avoid burning the leaves, the farmers used pinewood from the surrounding forests. The tea turned dark and smoky. The farmers considered the tea ruined. But this isn’t where the story ends…

The farmers had a stroke of what we would call today marketing genius. When selling it to Dutch traders, the villagers presented it as a “special” tea, a delicacy, only sold to them. The merchants bought the tea for double the price and kept coming back for this rare drink. Over the years, the oxidizing method was perfected. Lapsang Souchong was born!

Russian Caravan is a blend of smoked tea and other teas, so it is not as smoky in flavour and aroma as a pure Lapsang Souchong tea. This delicately smoked blend has a surprisingly smooth and velvety finish. 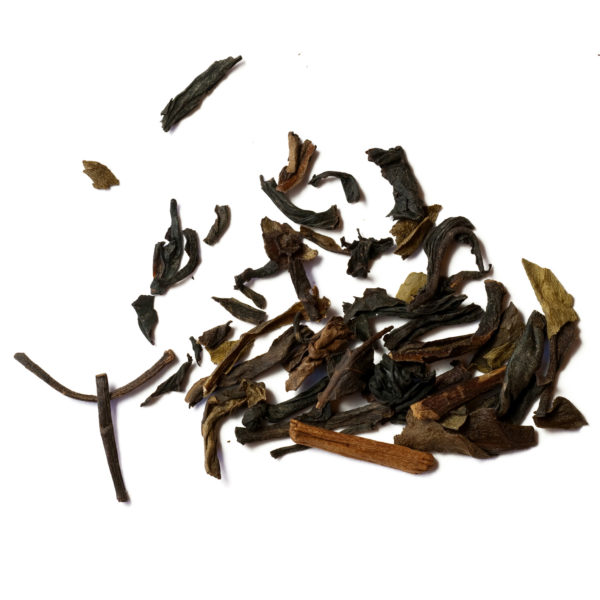 The story of Russian Caravan tea is another tale of accidental discovery. The name refers to the 18th century camel caravans that travelled the transcontinental distances along the ‘Great Tea Road’ to bring tea from China to Europe. This involved a 16 month journey covering 10,000 kilometres across the Gobi desert and Siberia. To keep the tea safe throughout their journey, tea merchants would tie up their cargo in tree boughs overnight. Smoke from their campfires wafted up, infusing the tea. By the time they reached Russia the tea had developed a smoky flavour. Smoked tea was the perfect brew for the cold weather of the Tsarist Empire and became a status symbol for the Russian elite. Smoky blends tend to be popular in Eastern Europe, where tea merchants followed a route over land, rather than by ship.

Over the years, Russian Caravan has developed into a blend. Today, the tea as we know it contains Lapsang Souchong, Keemun black tea and Oolong tea.

Do you love to get smokin’? We’d love to hear about your favourite smoky teas!