The tea leaf is a wonderful thing...

From the palaces of ancient China to your Nan’s living room, the humble tea leaf has comforted, nourished and revived us throughout the ages. 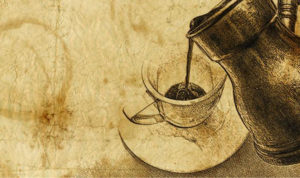 According to legend, the origins of tea go back all the way to the year 2737 BC when the Chinese Emperor Shen Nung was boiling drinking water beneath a tree. Some leaves accidentally fell in and Shen Nung decided to try the resulting brew. It was delicious and tea was born!

All the tea in China 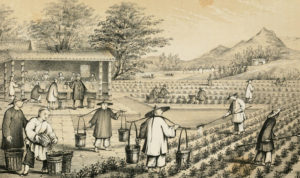 Tea can be traced with archaeological evidence to the Yunnan Province of China, first as a medicinal drink and then gaining popularity as a drink for its own sake in the Tang Dynasty (618-906 AD).  The Chinese, tea-loving writer Lu Yu even wrote a whole book about tea, the Ch’a Ching, or Tea Classic. Tea made its way to Japan in the 6th century through Buddhist monks and tea ceremonies became an important, semi-religious custom in Japan. China began exporting tea to other neighbouring countries from the 10th century onward, but it wasn’t until the 1600s that tea became available in Europe through Dutch and Portuguese trade routes. 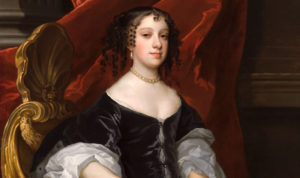 We can probably credit the Portuguese noble Catherine of Braganza for popularising tea in England. Catherine couldn’t do without her morning cuppa and after her marriage to King Charles II of England in 1662, her habit of drinking tea in the mornings became fashionable at court and then emulated by England’s upper classes. 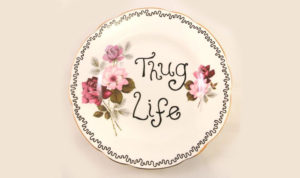 A heavy tax on tea was introduced to England in 1689 making tea an expensive luxury. But England’s insatiable appetite for the fashionable, new beverage bred a kind of ‘back alley’ tea trade. By the late 18th century, seven million tonnes of tea was illegally imported to England each year – more tea than was being imported legally! To keep up with demand, sordid criminal distributors were not above selling reused tea leaves and even flogging inferior plant leaves dyed with sheep’s poo. Tea had gone gangster! We have Prime Minister William Pitt the Younger to thank for putting an end to this madness, he dramatically slashed the government tax on tea in 1784. Suddenly tea was affordable and the illicit tea trade soon dried up. 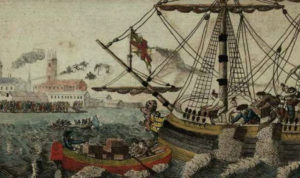 Meanwhile, tea was sparking a revolution in the British American colonies. In the 1770s King George III put a tax on tea imported to America and allowed the British East India Company, (who were bleeding profits due to those illegal tea smugglers), a monopoly on importing tea. Americans were outraged and the tax came to be seen as a symbol of British oppression. When five ships carrying a cargo of tea arrived at Boston harbour in 1773, some of the town’s people would not allow the ships to dock and others threw chests of tea overboard in protest of British rule. The ‘Boston Tea Party Rebellion’ as it came to be known, would lead to the American Revolutionary War and eventually to America’s Declaration of Independence. It’s no wonder that for many years afterwards Americans shunned tea in favour of a ‘cup of Joe’! 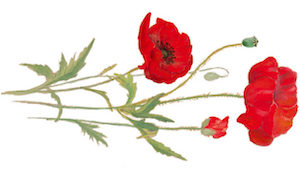 The mid-19th century saw the rise of the famous Opium Wars, which came down to a dispute between Britain and China over poppies and tea. The Brits were paying China in fine silver for their delicious teas, but the Chinese weren’t particularly interested in the Western goods the British had to offer in return. The East India Company found their way in by selling opium to China, which was largely produced in India and then distributed by independent traders to Chinese middle-men.

Understandably, the Chinese government was not too thrilled with the opium trade which was turning their population into addicts and creating a reverse flow of silver. They decided to take matters into their own hands, and in 1839 the Chinese government confiscated all British opium stocks. This gave rise to a conflict between the two nations, which was to end with China giving away Hong Kong to the British. 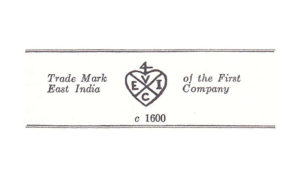 In the 18th Century the British East India Company, the largest company the world has ever known (adjusted for inflation!), were importing huge quantities of tea into England from China. After failed attempts at cultivating their own tea plantations in India, the Scottish botanist Robert Fortune was enlisted on a spy mission to learn China’s closely guarded secrets of tea cultivation. This tea leaf (Cockney slang for thief!), spent two years in China disguised as a Chinese official, travelling in secret to areas where foreigners were prohibited. As a result of these questionable methods, tea plantations were successfully established in India and the production of Ceylon, Darjeeling and Assam tea flourished. Today India is still the biggest tea producer in the world. 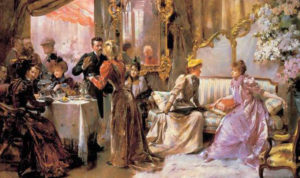 Perhaps the most quintessentially English of customs, the afternoon tea, is actually a relatively new tradition which was introduced in 1840. We have Anna, the 7th Duchess of Bedford to thank. The Duchess reportedly had a ‘sinking feeling’ in the afternoons between lunch and dinner so she invented a new meal to fill the gap! Originally taken in her rooms alone, she began inviting friends to join her for a light meal of tea, sandwiches and cakes and the ingenious idea soon caught on becoming a full blown social event. 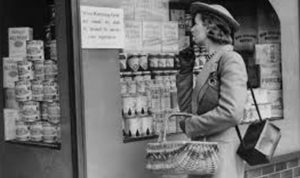 By the 20th century tea had made its way to the heart of British culture. In 1940, two days after World War II was declared, London’s reserves of tea were transported out of the city to protect the precious cargo from bombings. The British government took over the importation of tea and introduced tea rationing. An extra, morale-boosting allowance was made for soldiers on the domestic front and tea was even included in the essential supplies sent by the Red Cross to British prisoners of war abroad. 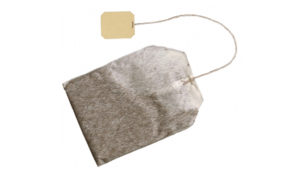 In 1908 a New York tea merchant named Thomas Sullivan became the accidental inventor of the tea bag. He sent out samples of his tea to customers in small silken bags, which were meant to be emptied out. Some of his customers mistakenly assumed that the entire bag was meant to go into the pot and found this method convenient. By the 1950s tea bags had really started to take off, which is probably no surprise given the obsession with labour saving gadgets in that era. It became common practice for companies to fill the bags with dust and fannings; the low quality pieces left over from other tea processing methods. Tea was changed for ever, but the quality of the drink had changed too! 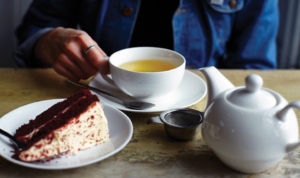 Thankfully, Yumchaa was born in 2010 putting an end to the tyranny of the low-grade tea bag once and for all! On a mission to bring England the tasty tea it deserves, we are now here to free your tea!